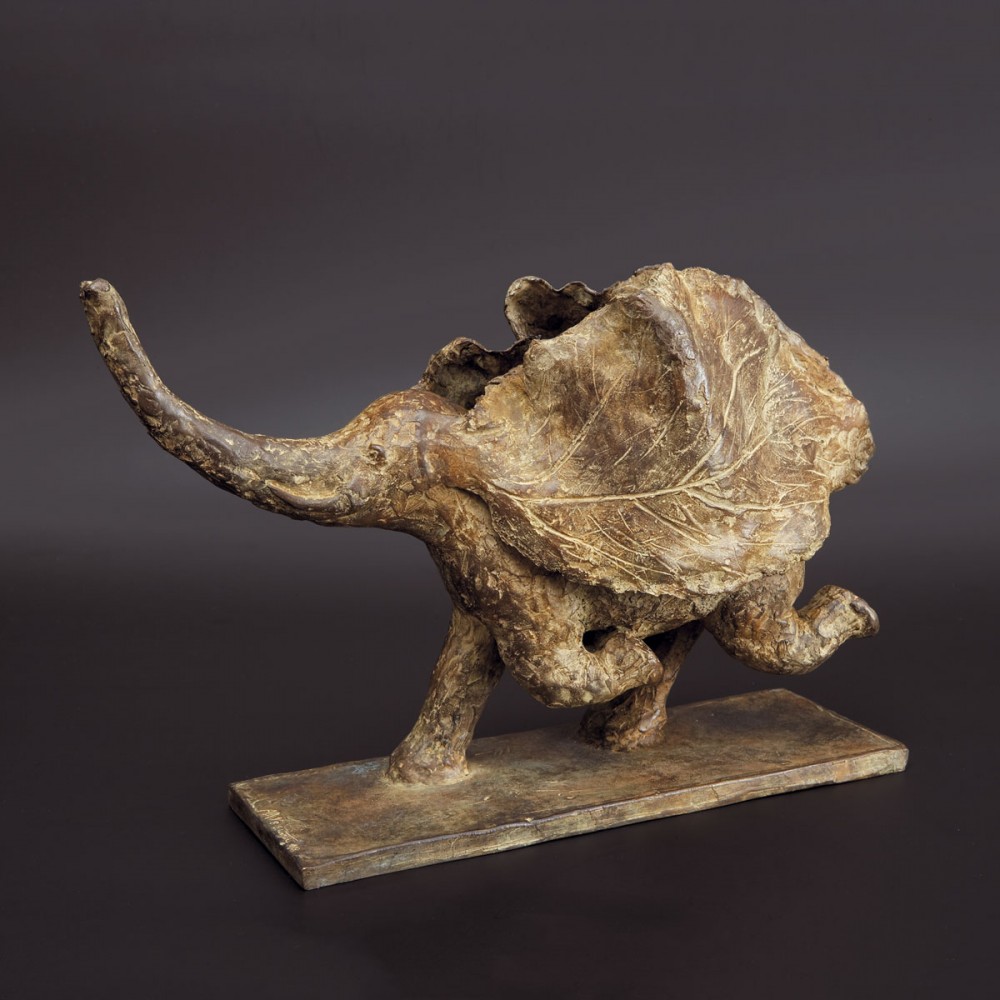 What is striking is that there is no fear with Sophie Verger’s apparently strange creatures and I don’t fear them either. I reply to their wink that caresses me. Besides, no sculpture without caress. As a child, the first buttocks that I held in my hand were those statues in the Compiegne park. Sophie Verger would not have reprimanded me. She would have smiled at me and I regret I had not met her earlier. Anyway, it is never too late to enter paradise. Are there several? In any case, we always talk about it in the singular. Indeed, the one of Sophie Verger is singular. It is Noah’s ark with a Noah without beard. But the smiling face of a discrete strong woman whom you cannot fool. She is taking care of all the animals, and you are concerned, because if you have an human appearance, she sees right away the animals inside you and not only one, but the whole family, giraffes by three, elephants in a bunch, rhinoceros in a fray under the eyes of little girls. Hence this tranquillity that immediately clears astonishment. May Sophie Verger‘s enchanted nave sail, where we are happy to be together with our animals and that has the most beautiful name : Life