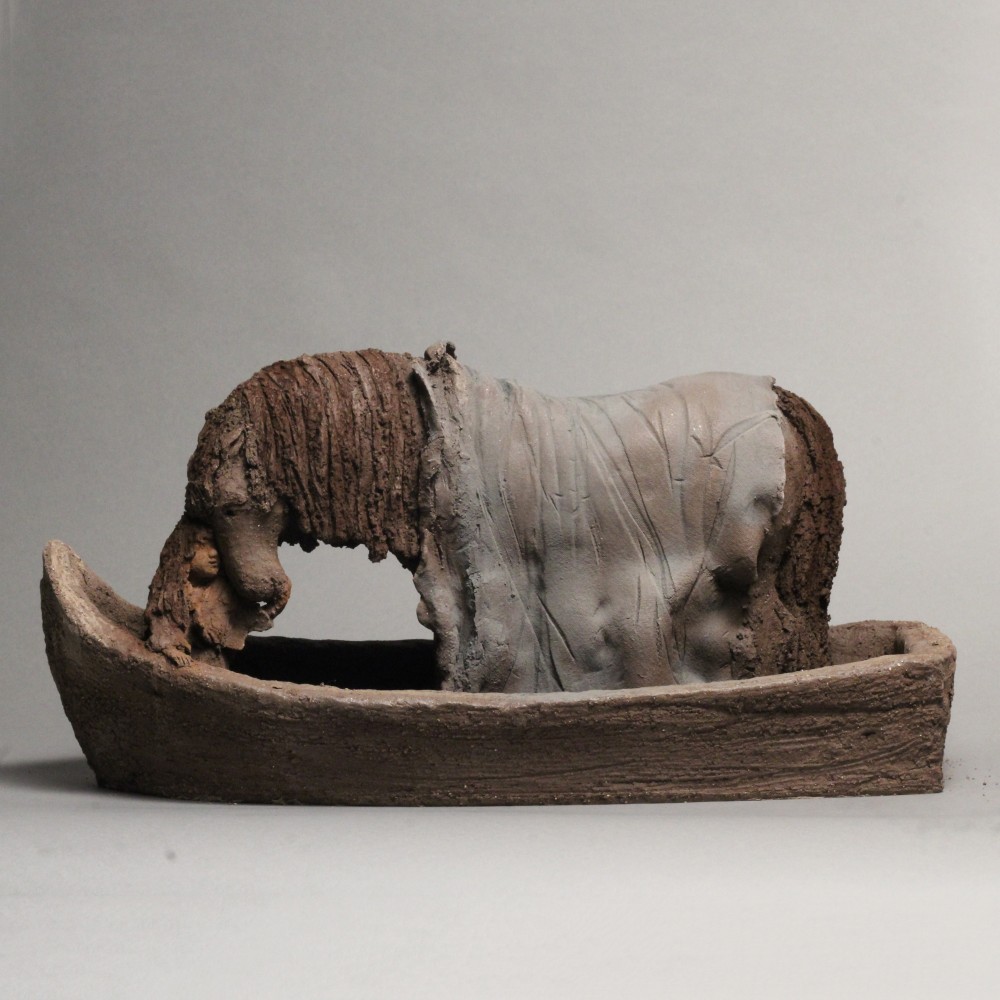 A horse in a boat, a blanket on its back. An old horse leaving on a journey, a very long journey that old horses take and from which they don’t return. And a young girl, an image of spring, who one last time rests her head on his muzzle and hides her tears in his mane. She will leave, this crossing is not for her, not yet. They both know this, the consent in their goodbye binds them eternally. «Winter voyage» speaks modestly and tenderly about something infinetely difficult to express and presents the viewer with a window on an intimate experience, an image of the quiet tearing of time seperating two beings, the final caress that comes before absence, the nostalgic affinity of a work in which the protagonists seem, mostly, to evolve in playful carelessness. The enduring connection between Sophie Verger’s characters is not only a factor required for these unlikely acrobatics: it untiringly affirms the strain of concern for another, the choice of risking losing yourself completely collectively rather than claiming to save yourself alone (The Headland, Elephant Boat). It is imbued with faith in the other without which there is no balance: confidence that would have you dancing on a camel’s bump; confidence that could stop a charging bull. The confidence of a young girl. Time will pass, it’ll be explained to her that it’s irresponsible, it’s unreasonable, but perhaps she will know how to find on her forehead the wirey and soft feel of the mane of an old horse who, somewhere, waits for her 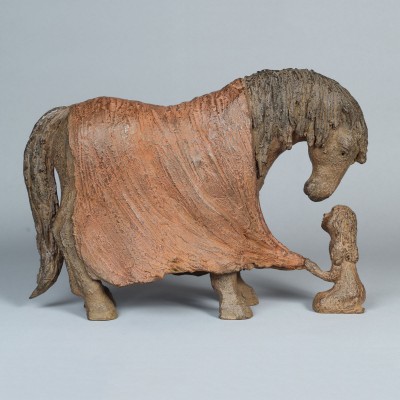 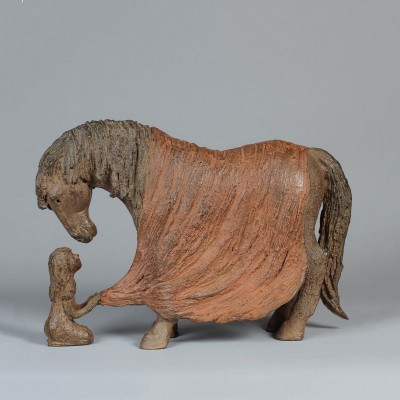 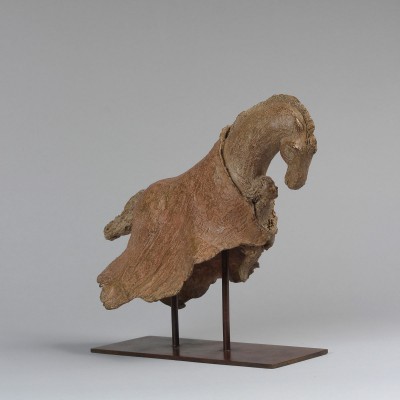 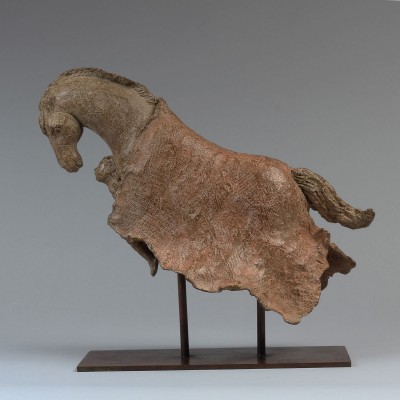